The International Language and Law Association (ILLA) was founded by legal linguists Peter Tiersma†, Lawrence Solan and Dieter Stein in 2007. Their initiative was to create a network of linguists and lawyers around the world working on the language matrix of law. In that framework, language is not simply seen as a subject in the legal context or an object of forensic analysis, but as the central medium of modern constitutional states, as the mediator of social conflicts and the core of legal methodology.

After an initial period of gestation, it was now time to relaunch the ILLA, to reconfigure the society on the basis of the experiences up to this point and to give it a new sustainable structure. Therefore, from September 7th-9th, 2017 about 150 scholars from linguistics, law, social and culture sciences have relaunched the International Language and Law Association (ILLA) in Freiburg, Germany. Regarding the overall topic "Language and Law in a World of Media, Globalisation and Social Conflicts" there were 50 talks, keynotes and workshops discussing the constitution of law by language and media in the context of multilingualism, digitalization and social conflicts around the world. The congress ended with the relaunch of the association, electing the lawyer, Prof. Dr. Frances Olsen (UCLA, USA), and the linguist, Prof. Dr. Friedemann Vogel (Freiburg, Germany) as first presidents. As members of the steering committee has been confirmed: Prof. Dr. Anne-Lise Kjær (Copenhagen, Denmark), Prof. Dr. Ralf Poscher (Freiburg, Germany), Prof. Dr. Lawrence Solan (New York, USA) and Prof. Dr. Dieter Stein (Düsseldorf, Germany). 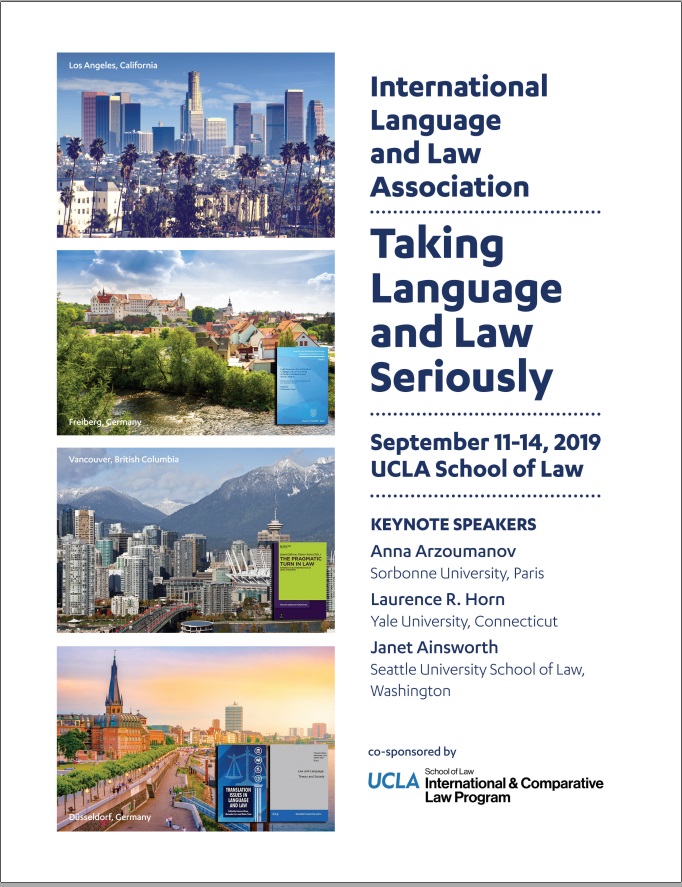